I've gotten back into the idea of abstract art. These are things that I genuinely enjoyed doodling. I don't expect any of them to pay for them but...there they are. 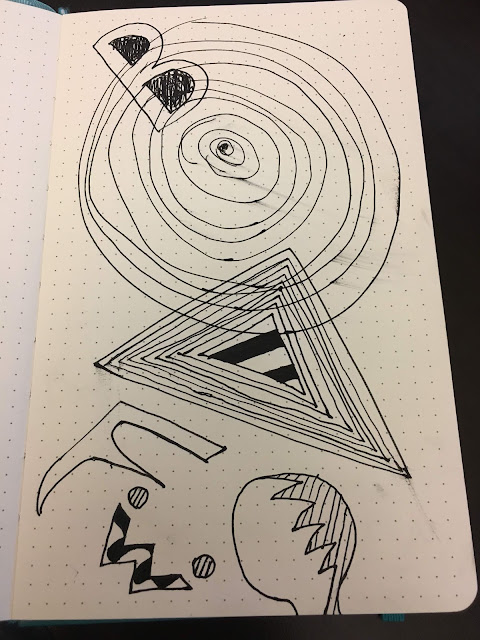 This one started with the circles because I enjoyed working with the squares on the one at the bottom of this page and them I felt like doing the overlapping triangles which, I think, turned out really well. The other things just came out intuitively, sort of in the zen-doodly way that things are drawn these days. 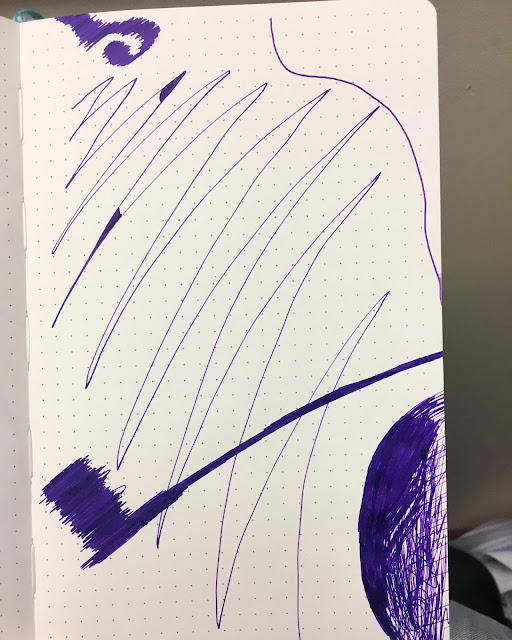 I've had a cheap purple fountain pen in my bag for a while and I wanted to start posting and playing with some colors. I really liked the way that the scribble at the very top turned out. It's hard to see in this picture but there's a cool sheen in between the lines where the ink doubled onto itself. 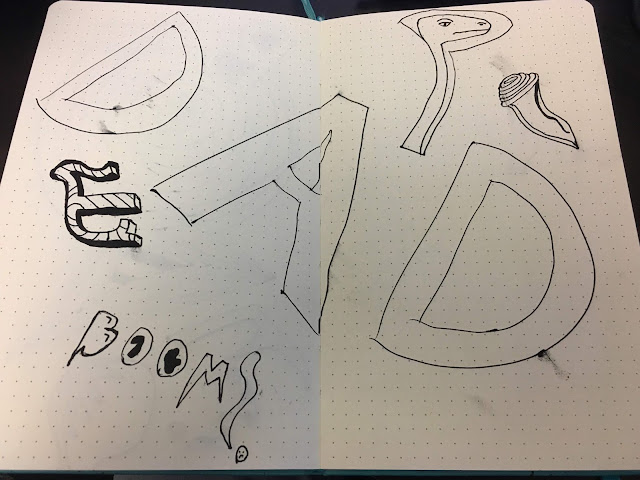 I have a photo here that Carly bought me for Christmas a while back and it has pictures of the kids in the letters. Again the Boom at the bottom just kind of came from nowhere. I tend to have that song from Hamilton, the musical stuck in my head most of the time though (Boom, goes that cannon...).

I liked the swirl of the shell and then I got the idea of perfectionism and that seemed related to the idea of being a dad so I added in the first two letters od the word and tried to make them have a childish aspect two them...again, without thinking about it too hard. 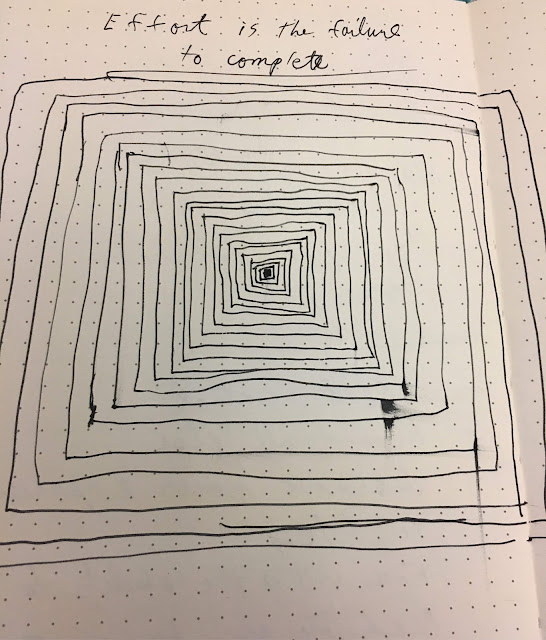 This one is kind of the link between my poetry kick the other day and the drawing/doodling one that I'm on now. I know that the dot paper makes these all look bad but, at the same time, it's a popular kind of paper write now for writers and creatives. If there wasn't stuff in this journal that is only for me, I would think that this entire journal could be its own work of art.

When you think about it, anyone that's finished a journal sort of has a complete work of art.
Oh, and the idea about effort is sort of related to my ideas about Taoism. I think it's one of the most difficult aspects of Taoism to understand. The sage does nothing and yet nothing goes undone... I'm paraphrasing but--that's what I was thinking about when I did this.