I've been doing okay with YouTube but I needed to start a new channel. Check it out here and for the love of God, please subscribe.

Last year I was excited about the fact that one of the many random videos that I had put up online was going crazy. The problem was that the video was a single color screen:

When I noticed that I had not only reached the required 4,000 watch hours that were required for youtube partnership but I had exceeded it, I decided to work my but off to try and get some subs. I posted links everywhere online and after a few months, I'd finally reached the long-sought-after 1,000 subscribers.
So I applied to the YouTube Partner Program and I used that renewed zeal and motivation to make a few more animated videos while I awaited their response.
They said 'no'.
Well, specifically they said that I had "reused content"; which I did. I had a video that was really just some old Batman '89 toy commercials for toys that I had when I was a kid. So I remove some of the videos so that I could focus my channel and after the 30 days had gone by, I reapplied.
They said 'no' again. I scoured the internet, posted on Twitter, and posted in forums trying to figure out what was wrong with my channel.
In the end, it seemed to be that my long color screen that had proven so successful and that I had (despite expectations) managed to create a small community around was considered to be 'kind of spammy.'
And that was it. There's an option to reply with an 'appeal' video but apparently, that's only an option the first time that a channel is rejected.
While my animations did okay when I shared them a few places online, they still didn't do very well considering that I had over 1,000 subs. They only got, maybe, a few hundred views. And I thought that the videos were pretty okay. So I decided that I would begin anew so that I could try and stay focused on my goal of creating YouTube animations.
There was, however, another reason that I started the new channel:
You see, I'd had my old channel for almost 7-10 years and in that time, I'd had some random moments when my videos would get a huge spike in views, and then there would be nothing after that. This made me concerned that other internet people had done things that caused false spikes in my metrics. Since I didn't want YouTube to think that I was up to something and to prevent me from ever having a channel, I decided that it would be safer to just start fresh.
So that's where I am now.
My first channel is sort of like a second channel where I post shorts and whatever I want while my new animation channel languishes with 13 subs, at least 5 of whom, I know in real life.
When I created the new channel I posted all of my longer animations at once in the hopes that this would help the algorithm pick up my content and let people see that I had a lot of videos and was therefore worth subscribing to...I don't think it worked.
And now, I don't have anything to post until I finish my next video, and it's been almost a month since I started that channel.
I think that I should have posted one old video per week as I took them down from my old channel.
You win some and you lose some.
adhd another stupid idea Failure my youtube channel Random updates what am i doing youtube youtube shorts YouTubeStar 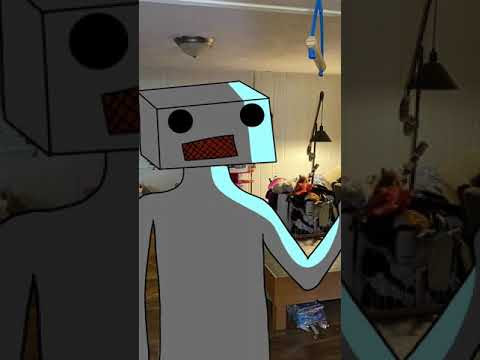