As far as I understand it, Ohio still isn't doing great--financially speaking. I live in Utah, now, but I grew up and lived the majority of my life in Ohio. That's why I still tend to take an interest in its health and vitality as a state.

Before Gay Marriage was legal nationally, I hoped that Ohio would become one of the forerunners in the movement. My hope was not only based upon the notion that LGBTQ individuals should, of course, be allowed to marry whomever they wish but also upon the notion that, in 2008, a wedding industry surge from individuals entering the state to get married would have been beneficial for so many reasons. 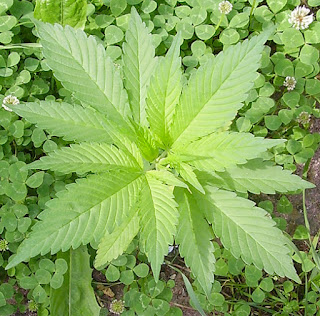 I feel like there is a very similar event occurring (from a financial viewpoint, at least) in 2019, in the United States now.

Marijuana is going to be legal, recreationally, in the entire country...eventually. It seems like a boulder rolling down a hill that can't be put back. I think that idea scares people but even if they are intimidated it would be better to get out in front of the boulder, per se, and start to dig the ditch so that you can guide it into that creek that would allow you to create a reservoir (of cash) from the resulting dam.

Personally, I think that marijuana should be legal for individuals over 25 based on the information I've encountered and I think it should be taxed...reasonably.

Since this is going to happen, eventually, it would only help the state of Ohio to legalize recreational and regulated cannabis to create an industry in a part of the United States that has lost a lot of industries.

In the case of gay marriage, the legacy effect would have been one of moral progressive reputation. In the case of legalized marijuana, the legacy effect would be the creation of an industry that has demand. If the state awaits the inevitable legalization of marijuana, it will benefit very little financially, if at all because the industry and infrastructure of that industry will have embedded itself in the other states that saw this gravy train-- a-comin'.

There is already a casino in Ohio. That is an enterprise that, I would argue, is an entirely predatory enterprise that largely feeds upon the vices of individuals. And while I am in support of a few casinos being allowed to exist, the expansion of that "industry" is more concerning than the legalization of marijuana. Part of that concern is because the casinos really only benefit a few people and are mostly sourced from outside of the state.

So, that's my opinion on the matter--even though nobody asked for it.

Thanks for reading...Have a good one.