I don’t know what I’m doing.

If you’re new here and just so happened to pop in here, “welcome.” I’d like you to give me money. I don’t deserve it, but I’d like it because, like everyone on the internet, I have ideas. I know things, and I want to do things. And when I mess up, I want it to be big news…

Ok, well maybe not that last one (it didn’t seem to work out very well for that Fyre festival guy).
Anyways. I’ve tried the YouTube thing, and, even though I watch a lot of YouTube, I don’t think that fits my lifestyle or what I want to do.

I guess this post sort of fits in with my last post (minus the YouTube). In that one, I said that I was going to just start posting whatever was going on because (maybe thanks to my ADHD) I don’t know what I’m going to be really interested from one week to the next.
I have these sort of manias that I have trouble controlling or reigning in, or, in fact, believing to be
manias when I am in the throes of them.

So what mania am I in now?

Thanks for asking, Nobody!

I’m writing poetry on Instagram. I may put up a link here. I’m keeping it pretty G-rated but I’m trying all different types. There’s a shirtless man and a clothed woman in one and there’s the outline of a butt in another but I believe that’s the worst. I don’t actually think any of my poems are too…graphic, either. I have written some more graphic stuff but that’s not ever going to be posted on the
Instagram. 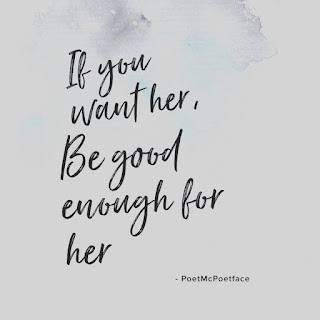 Some of the more popular stuff. I have longer stuff, but I think that these two pieces fit firmly in the Instapoetry genre. The top one, I made in an app called Over and the bottom I did in procreate and Canva. 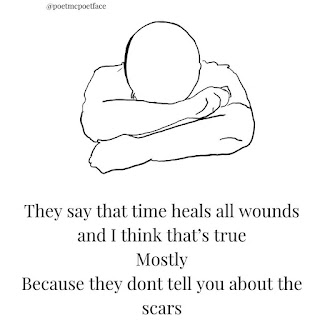 I made a new YouTube account that I was going to use for poetry and I even bought two .coms. One for my username on Instagram and one for the Instapoetry Podcast.
I might go into details about that podcast idea later but, for now, I’m going to attempt to continue with this thought.

SIDENOTE I CAN’T RESIST: There’s a guy on YouTube who does pretty well making, stream-of-consciousness sort of videos around his ADHD. If I think about it later, I’ll post a link to it here.

So I’ve been doodling these pictures and writing these poems/quotes on there and I’ve been excited, enjoying it, and stressed by it. I swing back and forth between seeing unlimited potential and seeing another dead end in an overcrowded space.

Anyone who scrolls through my poems will see this trajectory leading up to this post.
I’ve returned to the blog because I’ve had numerous thoughts that I’ve wanted or tried to express on the poetry account but I’m going to include those tangents here.

One source of panic is the fact that there are dozens of accounts that were started around the same time that I either started or repurposed this Instagram account; they all have to do with poetry and Instapoetry. By Instapoetry, I specifically mean the sort of stuff that comes from Rupi Kaur and Atticus the poet. Love them or hate them, I’m just saying that they have established a few different types of poetry that don’t really occur outside of Instagram and, I would argue, still counts as poetry.

Many of the accounts that started around the same time as mine, are doing incredibly well. I’ve racked my brain for ideas about the things that these accounts are nailing while mine is…doing okay. (I have more followers than people I am following for the first time. And I’ve only unfollowed about 10 people who haven’t liked or commented at all or people who are doing the follow unfollow thing {I hate those people}).

Anyways, in my panic, I direct messaged (DM) one of these accounts with a long winded message asking for any input that they could provide. I also stated that I would understand if they didn’t write back. About ten hours later, after no response, I “unsent” the message. To be clear, I think this account posts very good and very consistent content and I know that they comment on a lot of other people’s posts. It’s very possible that they are just a perfect Instapoetry fit.

I feel pretty stupid about that and I still enjoy poetry and I still plan on continuing to write it but…I just don’t know.

I know that it’s best to have consistency in your feed and to post similar images or at least images into a certain pattern or frequency but I don’t know if I can do that. I’ve considered starting another account to post poems that all were different but photographed in a very similar manner but, in all honesty, that would just be for the money; I don’t think that I would enjoy that as much.
I do think that some of my stuff is good. I feel like I come up with good poetry every three or four days, not great poetry.

I sort of thought that I had more to say about this but I don’t think that I do.

I have made some contacts with some very positive and supportive people but I don’t know if I can believe anything that they say because they are all only commenting and liking my stuff so that I can do it back for them. Nobody on there is going to say that the piece that I wrote sucks…and that kind of sucks.

Ok. I think that’s enough of a rant for today. If anyone reads this, let me know if you want me to comment or write on a specific topic. I might, we’ll see. As I said before, consistency is a hard thing for me.

ANOTHER SIDE NOTE: Langston Hughes and Maya Angelou and amazing. Check them out!