And then there were 2 or 5, no wait blue! Aaaaarghghh! Anxiety and ADHD

on February 22, 2019
I'm thinking about starting to vlog...again. I sort of did it before but I didn't really commit. It was more a part of my whole "bid" to get them to put me into a Silver Surfer movie, which I still think that they should do. 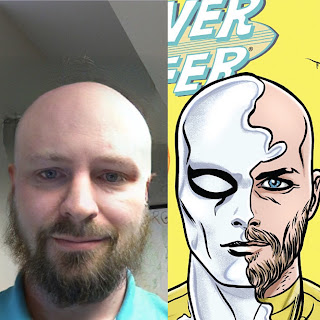 I mean, come on, I'd be perfect! The baldness is from an app BTW.


I think that the new topic that I'm going to be covering will be a little easier for me to stick to, although, I'm not sure that anyone will care.

About five years ago, I was diagnosed with Generalized Anxiety Disorder. Frankly, this made so much sense that it was insane that I never sought out this diagnosis before. I can go into more details to qualify that statement but it would be its own post or vlog.

Since then, I've been on sertraline hydrochloride (generic Zoloft) and it has changed so much. I'm definitely one of those people for whom these medications work. The change was small at first, these serotonin reuptake inhibitors take some time to really take effect and over the next few years, I would slowly increase to the maximum dosage.

But in those first few weeks, I felt almost completely different.

Starting sometime during my time at University, or somewhere between the three Universities and that Disney World thing, I began waking up in the middle of the night overwhelmed with fear about my own mortality and then I would worry that I wasn't able to get enough sleep. During this time, I struggled with meditation (but I did it occasionally) and my inner monologue was often very bleak.

This continued for years with varying degrees of intensity...but then I sought out some help from my general practitioner at the time...

I can't remember if it was within a week of beginning the dose but I know it was less than the two weeks that I was told I would have to wait before experiencing the effects, but I awoke one night, on the couch (I was not in trouble. I think my wife was pregnant) and found that the familiar fear and nagging thoughts of death were gone.

The funny thing is that...that night, I actually managed to work myself back up to that same fear as before. In the years since then, I no longer wake up with that fear. Sure, I occasionally have trouble sleeping or I wake up in the middle of the night but the experience is nowhere near as troubling as it used to be.

Last month, I actually sought out a real psychiatrist. I'd never spoken with a mental health professional about my issues who also had access to medications. It was then that I was told that I also had symptoms of ADHD for the entirety of my life (Again, I can qualify that statement in a later social media...thing).

I am now in the process of trying to determine how severely ADHD has affected me. A lot like with the Zoloft, I am coming to terms with the idea that the way that my mind has been reacting to events in my life is not statistically normal.

I was on generic Ritalin for about a month and tried that with regular communication to my psychiatrist and today I'm beginning a low (but not the lowest) does of generic Adderal. I'll keep you abreast about that and I can go into greater details later.

With the Ritalin, I noticed that some things that I found overwhelming, and would bring me a lot of frustrating, weren't quite as bad. The dread or performing some activities, while still present, was reduced. The problem was that I'm not sure exactly what I'm looking for from the effect of this medicine so I've tried to be as accurate as possible in my correspondence with my provider. The effects, as they were, were also very fleeting. Within about 2 - 2.5 hours of the dose, I would find the effects wearing off.

Luckily, I have yet to notice any negative side effects from these medications. Again, I'll let you (whoever you are) know how it goes.

Double Fast Forward to the Future. What does this have to do with Vlogging?

First of all, you are lovely for reading this far. I'm pretty sure that this sentence, way down here, will never be read.

The point of the vlog will be about how I'm trying to get better at life. I'm going to talk about my mental health, my physical health, and somethings about parenting, and parenting gifted kids who may or may not have medical concerns (Physical and Mental) of their own. My families concern about food allergies will be a regular and very opinionated editorial.

So you may see me dancing, talking, drawing, singing, reciting monologues, or something else that I haven't thought of yet because the one constant in my life is my rotating list of interests and creative outlets from which I am seeking greater control over the stability and happiness in my life.

Just in this blog, I have started and given up on many topics only to take them up again a few months later. I'll list a few below but if you feel like it...check back when you have time.

This is honestly much longer than I thought it would be and I'm pretty sure that I've forgotten some of them. Oh well, there it is............. 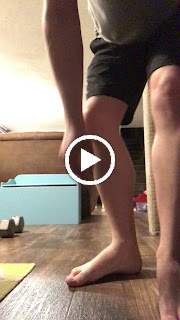